FOCUS: Is Dr Oetker really sincere about facing up to its Nazi past? 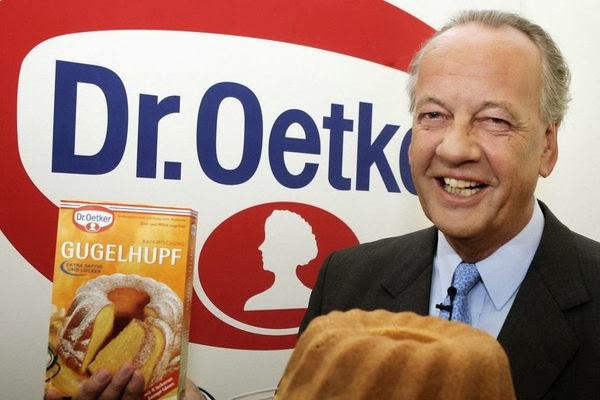 A couple of months ago (October 2013), another big company in revealed their family firm's past links to 's Nazi party. In an extended feature on Dr Oetker, Die Zeit newspaper interviewed August Oetker (pictured above), the chairman of the company, who said, “My father was a national socialist".

For many people the news came as a shock and they took to the media to express their opinion and disbelief about the giant food company, whose food products include Pizza Ristorante and the Dr Oetker home baking range, and its connection to the Nazis.

I am only surprised why people in still get shocked about news of long-established major firms and their past connections to the Nazis. Anyone who had been taught a little bit history or possesses some knowledge of war-time would at least wonder how a small pudding-maker established in 1891 succeeded to create a multi-million business if it didn’t have any connections to the Nazis. It really should come as no surprise to anyone that the majority of German businesses survived this era due to their links to Hitler’s regime.

In the long interview in Die Zeit, August Oetker told of his father Rudolf-August Oetker, who was a member of the Nazi Party. He had been mentored and encouraged to take up the Nazi ideology by his step-father, Richard Kaselowsky. Kaselowsky had taken over the family business of his best friend, Dr. Rudolf Oetker when he died during the battle of in 1916, marrying his widow Ida Meyer in 1919. August Oetker explained how his step-grandfather ran the business, based in , on behalf of his step-son Rudolf-August Oetker very loyally.

Kaselowsky was a great admirer and a "leading supporter" of Adolf Hitler, making large financial donations to Heinrich Himmler, leader of the SS organisation. Rudolf-August Oetker followed in his step-father’s footsteps and volunteered for Hitler’s SS in 1941.

Rudolf-August Oetker never spoke to his family about his Nazi past and he refused the opportunity to reconcile his company with its past. His son August Oetker being different to his father wanted to bring everything out into the open. For this he commissioned researchers and a team of historians led by Andreas Wirsching of the to lead a study, and to make their findings public.

As historian Joachim Scholtyseck states, no company was really clean during World War II. Chairman August Oetker knew sooner or later the company would have to confront its past, so it was better to do it themselves and exercise control over it. And for that I think it is important to acknowledge his actions, as it was never going to be an easy journey digging into the disturbing, upsetting and horrifying past of the company and the family.

Russell Brand should look closer to home before he lectures others 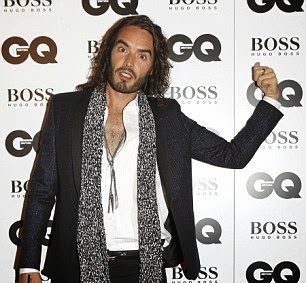 August Oetker has merged his companies with other German firms who have come clean on their close ties with the Nazis, some begrudgingly many years after the end of World War II. Last year, comedian Russell Brand criticised German fashion house Hugo Boss for making uniforms for Hitler's regime as he received his GQ Men of the Year Award, which was sponsored by Boss. Hugo Boss apologised for its Nazi ties and finally admitted the designer had made uniforms for Hitler's soldiers. Siegfried Boss said, “Yes of course my father belonged to the Nazi Party”.

That “yes” indicates everything: perhaps with a small exception, no German or no German company could have continued to operate until today if they had not supported the Nazis. The majority of its multi-national corporations survived because they were a part of the machinery of Nazi ideology and apparatus.

However, Russell Brand’s efforts to criticise and to try and make a political point were ineffective for me. He had the option not to attend the GQ awards ceremony and moreover, perhaps Brand should look closer to home before he lectures others.

A few history lessons on British colonialism will reveal all the companies which were set up during the time of Empire, who not only exploited the labour force, but also other nation’s cultures, resources and people.  Many of today’s multi-billion pound British corporations, such as Proctor & Gamble, Unilever, P&O and various merchant banks, are among those who served and worked for the British Empire.

Dr.Oetker should show even greater moral responsibility and support the anti-racist, anti-fascist activities in

Lessons from history should be learned so our horrific past is not repeated. I strongly believe it is the duty of major corporations such as Dr.Oetker, who made their money during Germany’s Nazi era, building their company into a huge commercial success, to show even greater moral responsibility and support the anti-racist, anti-fascist activities in Germany so they can effectively challenge the ultra-right-wing National Democratic Party (NDP), which is regaining support across the country.

The recent killings of Turks, ’s largest ethnic minority group, by neo-Nazis illustrate the danger of the militant neo-Nazi base. Their political gains all over the country should not be underestimated. I’m sure Dr. Oetker has employed Turkish workers over the past 50 years. It would therefore be fitting if they helped protect their workers of foreign heritage from the rising hostility and xenophobia in .

The increase in anti-Semitic and racist attacks against people and property in has been evidenced in various research. The Amadeu Antonio Foundation, which campaigns against racism, for example recorded 811 attacks against Jews in 2012, of which 16 were classified as violent attacks.

Active involvement in today’s anti-Nazi movement by companies such as Dr.Oetker can have a profound and positive impact. It will prove that they are sincere in opening up their archives and past involvement with the Nazis, and learning from their past. Otherwise chairman August Oetker’s actions will be little more than a PR exercise, adding to one of millions of history texts that already exist about Nazi Germany.

Semra Eren-Nijhar is an author, sociologist, documentary film maker and policy consultant on diversity, migration, Turkish people living in Europe and the Executive Director of SUNCUT.
Posted by Unknown at 20:46