The has entered into a new agreement with the Greek-Cypriot run , relaxing planning restrictions on its Sovereign Bases at Akrotiri (Ağrotur near Limasol) and Dhekelia (Dikelya near Mağusa). The bases, which cover 98 square miles, or 3% of the island, are home to some 10,000 Greek Cypriots, as well as land and properties formerly owned by Turkish Cypriots.

The says the arrangement is important in allowing “increased flexibility for the development of private property” , giving greater freedom to residents and property owners within the bases, while safeguarding the ’s effective operation of the Bases for military use. The agreement is described as an excellent example of the good cooperation between the two governments, and is said to “enhance considerably the prospects for investment and growth” in the Greek Cypriot republic.

But a government spokesmen for the Turkish Republic of Northern Cyprus expressed dismay at both the timing of the agreement, the lack of consultation over the deal with other parties affected by the 1960 Treaty of  Independence, and that the Bases deal makes no mention of the land formerly owned by Turkish Cypriots. 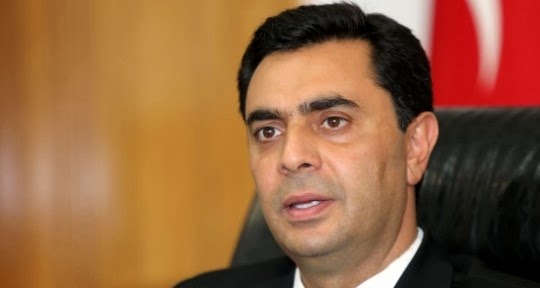 Özdil Nami, the TRNC’s Foreign Minister, told state broadcaster BRT: “What concerns and annoys us is that the United Kingdom did not inform us, did not consult with us before hand. When they did, everything was already agreed. Of course, this is unacceptable.”

“There is a status formed in the 1960 Agreements. This is an example of yet another injustice imposed on us by the Problem. Looking at the way this has occurred, it is a disappointing development.”

“This relaxation is something the Greek Cypriots have been demanding for nearly 50 years. Therefore, its realisation during Anastasiades’ January visit to makes it look like a present given to them by the . Do British presents have a price? Is something going to be asked in return?”

He added, “ always does this sort of thing….it is totally unacceptable that it has now finalised an agreement with the Greek Cypriot side which could ultimately change the status of the bases completely.” 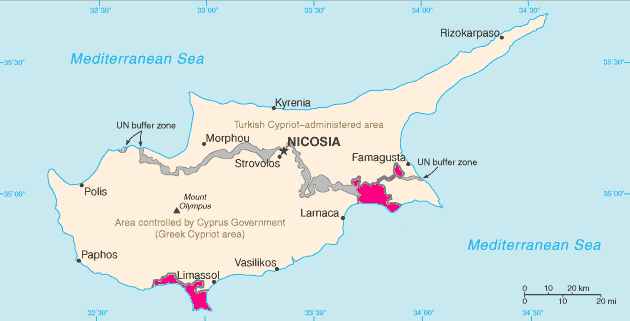 Historically, Archbishop Makarios and Turkish Cypriot representative Rauf Denktaş specifically initialled Appendix R of the 1960 Treaty, which highlighted that the land the British bases were on is sovereign British territory. It gave the absolute right to dispose of the Sovereign Bases as she wishes. The clause was inserted to prevent a future government claiming land back from the British government.

The recent agreement also commits the UK to helping Greek Cyprus develop gas reserves in its Exclusive Economic Zone “in accordance with International Law”, and repeats the two governments’ continued commitment to a “State of Cyprus with a single sovereignty, single international personality and a single citizenship, in a bi-communal, bi-zonal federation with political  equality”.

Commentators are already comparing the new deal with the notorious Memorandum of Understanding signed by Prime Minister Gordon Brown and then Greek Cypriot President Dimitris Christofias, which among other things restricted the legitimate development of the TRNC culturally and economically. The Turkish Cypriot side claim both agreements are effectively a denial of the ’s Independence Treaty status, where it has a duty as Guarantor to uphold Turkish Cypriot rights and interests on the island.
Posted by Unknown at 12:20