Get Away to Cappadocia 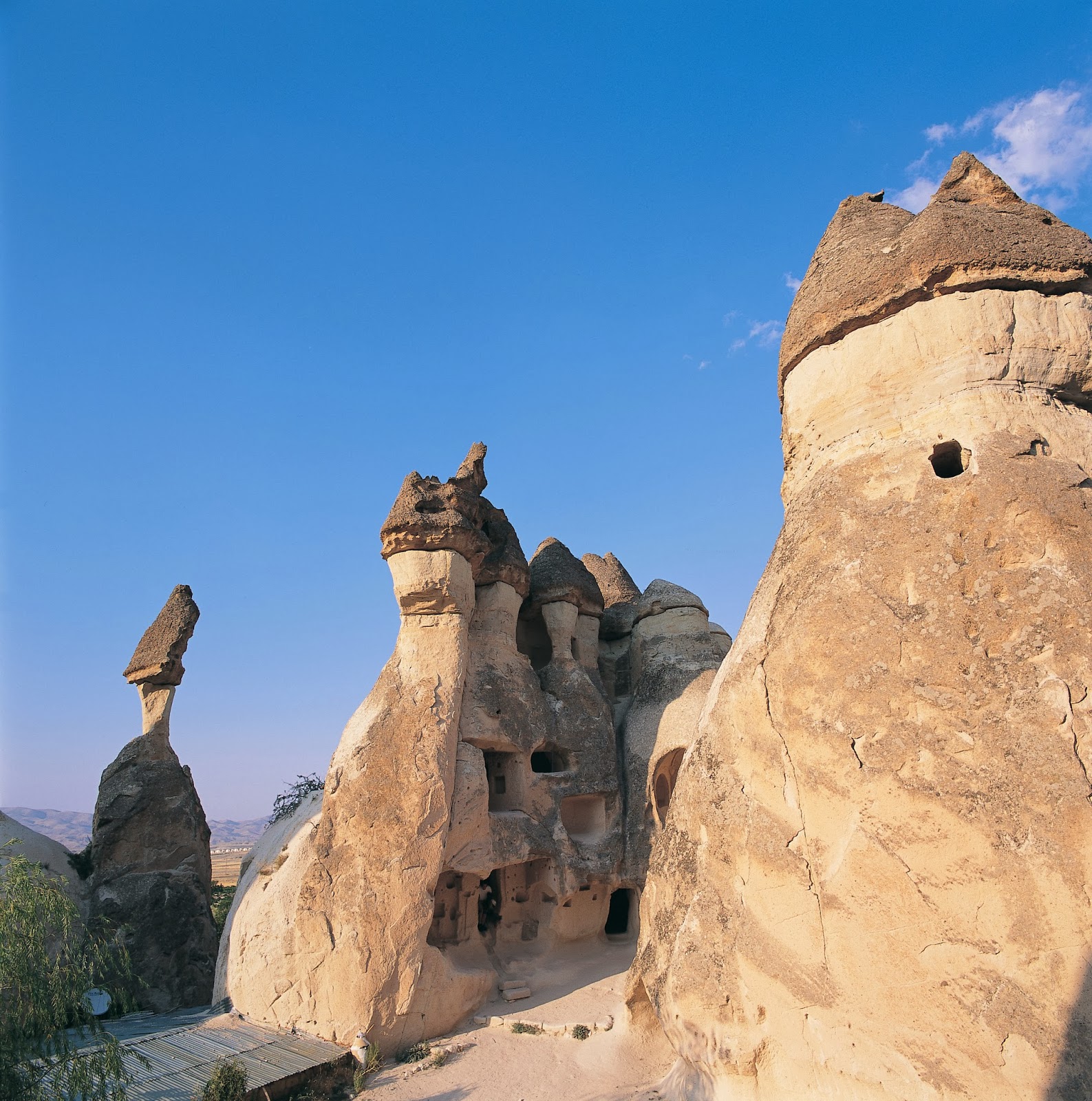 Discerning travellers seeking a stimulating holiday to explore the rich history and fascinating landscape of Turkey need look no further than Cappadocia. Located in central Anatolia, this is a geological wonderland of lunar-like rock formations, the result of the downward erosion of layers of volcanic ash deposited millions of years ago. Natural cone formations smoothed by the elements are now known as fairy chimneys, which lead to caves and labyrinths below ground. See them silently at dawn from a balloon gondola, with a partner by your side, for maximum effect.

History
Cappadocia was ruled by the Hattis in the late Bronze Age, then Hittites, Phrygians, Persians, Romans, Byzantines, Seljuks, and Ottomans, who were drawn by to the region’s fertile plains and strategic importance to key trade routes, such as the illustrious Silk Road. These diverse races ensured that a myriad of historical and cultural influences were left behind.

The location’s attractiveness meant the region was also frequently under attack. It prompted local inhabitants, including the early Christians fleeing Roman persecution, to create living spaces from Cappadocia’s natural caverns whose entrances could be easily concealed from invading forces. In time, these troglodytic dwellings became moulded by men into subterranean cities with homes, churches, water supplies, and incredible Byzantine frescoes.

Lie of the land
The natural rock citadel of Uçhisar is the tallest point in Cappadocia, visible for a great distance from the region's other towns such as Ürgüp (good nightlife) and Avanos, famed for its pottery. The underground cities of Kaymaklı and Derinkuyu contain vast multi-levels of rooms and passageways that will leave you feeling like you're lost in a huge historical labyrinth. Derinkuyu for example was re-opened to the public in 1969 and is large enough to shelter 20,000 people and their livestock. Newly restored is the Monastery of St Nicholas located in Mustafapaşa. Other areas worth a trek are the Ihlara Valley and Monastery Valley. It’s good to travel around on foot, either as part of a tour or with an experienced private guide, who can help you to discover historical gems that are off the beaten track.

Göreme National Park and Open-Air Museum
Göreme is Cappadocia’s centre of tourism, with the entire area a UNESCO World Heritage site. The town is a short 20-minute walk (1 mile) to the Göreme Open-Air Museum situated in Göreme Valley, where you can see the region's richest collection of painted cave-churches. These were carved from the soft volcanic stone by medieval orthodox Christian monks (1000-1200 AD) who then decorated them with elaborate Byzantine frescoes. 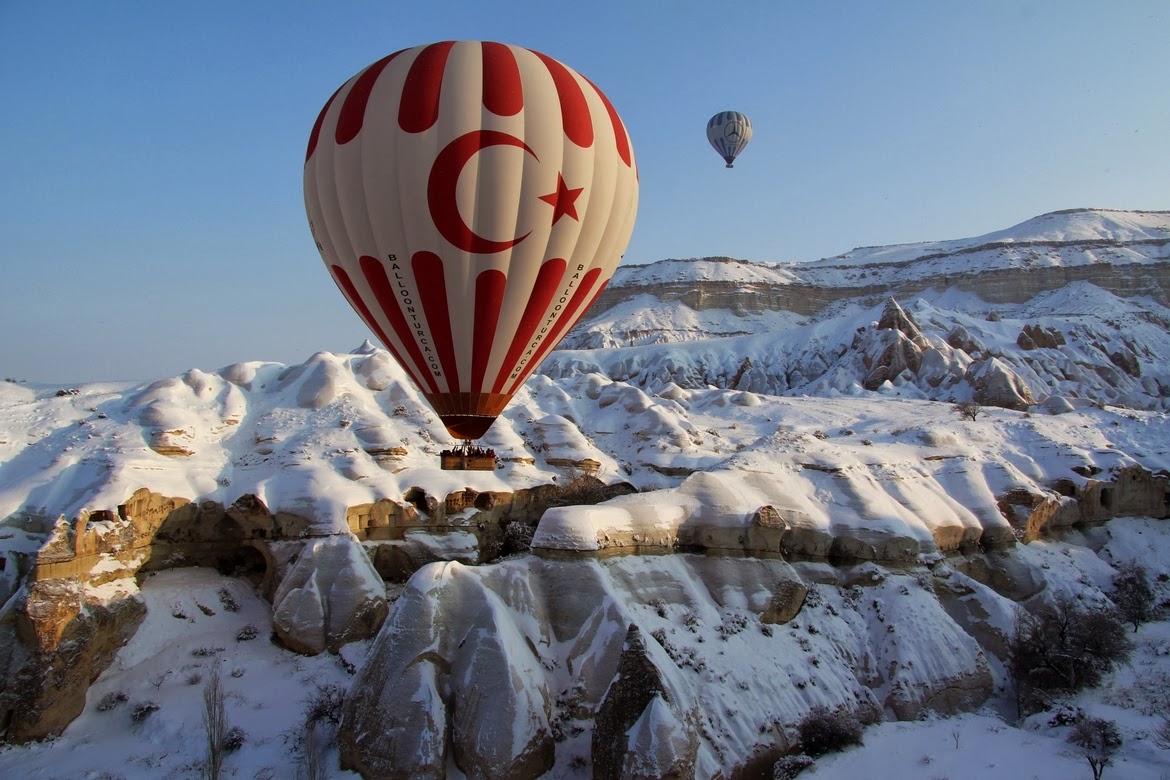 Hot-air ballooning
Thrill-seekers can appreciate Cappadocia’s natural wonders and aesthetic elegance by hot air balloon. There are a half-dozen firms operating out of Göreme daily. Start times are early, around 4.30am, and April through to October are generally the best times to fly, with a greater chance of cancellation at other times of the year due to bad weather.

Beyond the caves
If walking is too arduous, see Cappadocia on horseback. A 2-hour safari from Göreme will set you back €40. Amongst the striking scenery, you can also squeeze in a romantic gondola ride in the Red River or a jeep safari between the Fairy Chimney Valleys. Wine-making is said to go back 7,000 years and the region boasts excellent grapes. A modern and popular winery to visit is Turasan, where you can sample a range of quality wines at great prices. Local crafts are also in abundance: Soğanlı village is where the famous handmade wooden dolls of Cappadocia are produced. Visit Avanos to pick up terracotta pottery – their methods date back to the Neolithic age. The handmade Turkish rugs are highly sought-after for their brilliant attention to detail. 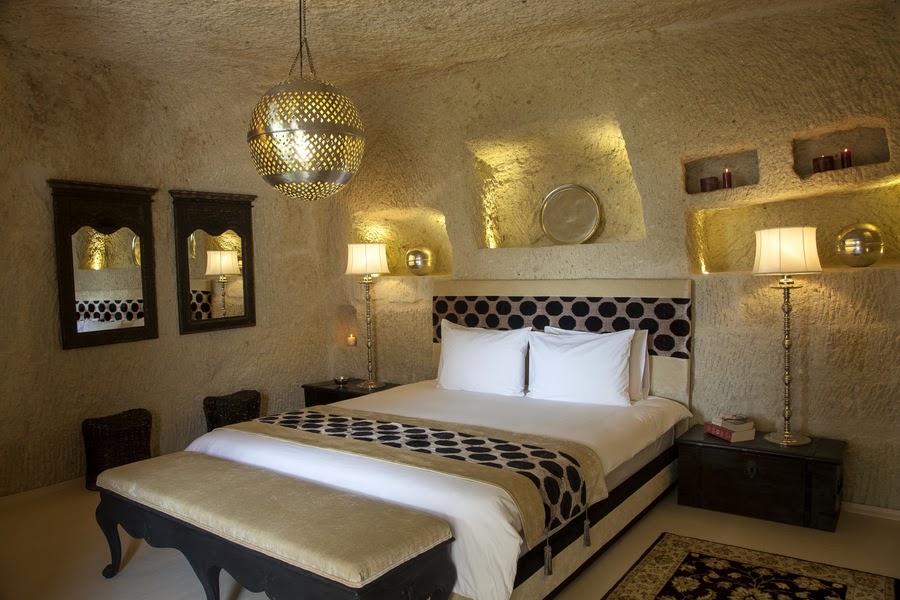 Accommodation
First-time visitors are in for a unique treat when it comes to staying over in Cappadocia, which is now teeming with boutique hotels and guest houses. Many, such as the luxurious Hezen Cave Hotel (pictured) and the smaller, family-run Star Cave Hotel are carved directly out of natural rock. They have been carefully adapted and include all the mod-cons, comforts and style of any other hotel, while offering a stunning environment to rest and great panoramic views of the surrounding areas. For those in need of more conventional accommodation, many Ottoman-era mansions in the region are being restored and turned into hotels and inns (pansions).