A British director has less than three weeks to raise nearly £6,000 to complete the financing of his new short film Our Cyprus. Brighton-based Alkin Emirali, whose family hails from Luricina
(Akıncılar), has launched an online campaign aiming to raise £7,750 for his mini drama set in modern-day . To date, £1,970 has been pledged to the project.

Our Cyprus stars renowned British actor Peter Polycarpou (Birds of a Feather/TV, Les Misérables/stage and Evita/film) who plays the lead Mehmet Ali, an elderly Turkish Cypriot who remembers a happily mixed before the island was divided; his home the perfect example of Greek and Turkish Cypriots living side-by-side as friends and neighbours.

Mehmet Ali meets Andreas, a young UK-born Greek Cypriot whose life has been shaped by the Cyprus Conflict. For him, Turkish Cypriots are the enemy. Yet Mehmet Ali feels an affinity to the young man. What will it take for these two people to overcome a lifetime of hatred and to once again become friends?

Homing in on the human perspective, this universal story about two communities torn apart by a political conflict could just as easily be about a Palestinian and an Israeli, or a Protestant and a Catholic from . That it is about during a time of renewed hope for the island’s unification is perhaps a positive omen – certainly a sign of the times.

Writing about his new project online, it’s clear that Alkin Emirali wants to move beyond the constraints of the conflict and celebrate the two communities’ commonalities: “I grew up hearing my grandparents speaking primarily Greek Cypriot despite being Turkish Cypriots. I heard about my paternal grandfather and his drinking buddy the Greek Orthodox priest. I learnt that both my grandfathers (Turkish Cypriots) were baptised in the Church as well as being circumcised as Muslims…that Greek and Turkish Cypriots would celebrate each other's religious holidays.”

“It seemed to me that these people were not just neighbours, but such close friends that it was hard to see where one ended and the other began.” 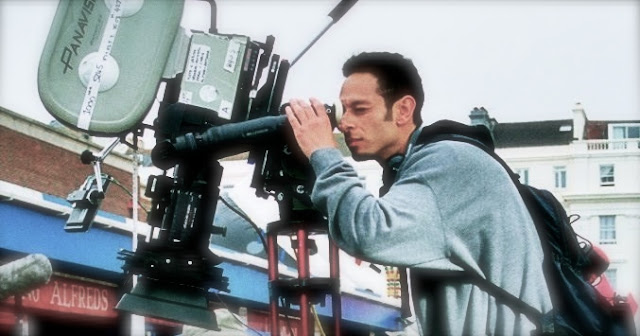 Alkin Emirali made his mark directing commercials for Sony & BMW

Alkin is one of the UK’s emerging filmmaking talents, whose work has attracted the support of industry bodies Creative England and the UK Film Council, The Turkish Cypriot writer/director first made his mark directing commercials for the likes of Sony PSP and BMW, before turning his hand to writing and producing a number of short films including RUF 992M. Currently penning a script about an epic historical drama for Ardor, an independent production company, Alkin hopes to go on and make his own full-length feature film, Goats & Sheep, which is set in Luricina in the 1920s.

The fundraising campaign for Our Cyprus runs until 20 June. Donations can be as little as £5, which gets you a public thank you. For £10, you’ll receive the film poster. £75 will get you an invite to the film’s premiere, and for £150 you can also star in the film. There are multiple other levels up to £1,000, which offers two people the chance to be credited as an Executive Producer.

You can find out more about the film and make a donation here. You can follow the film’s progress on their Our Cyprus Facebook page
Posted by Unknown at 20:02