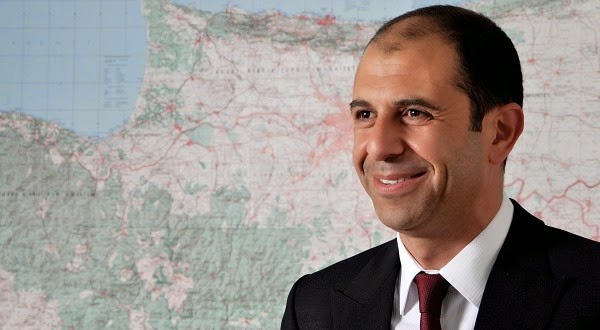 Dr. Kudret Özersay, the chief negotiator for the Turkish Republic of North Cyprus, is flying to the UK next week to meet high-level British politicians to discuss the latest political developments in Cyprus. During his visit, Özersay will also give an update on the Cyprus issue through two public evening events.

On Monday 9 June, Özersay will give a guest lecture titled ‘Cyprus Settlement: The Missing Link’ at the London School of Economics. Organised by the LSE’s Research on South East Europe Institute, the event will be chaired by Dr James Ker-Lindsay – a respected LSE academic and author on the Cyprus Conflict.

The LSE talk will be held at the Alumni Theatre (NAB.LG.09), New Academic Building, London School of Economics and Political Science, London WC2A 3LJ. The event runs from 18.00 and 19.30, and tickets are free, however attendees must register in advance via Eventbrite

Özersay will also give a talk on the latest developments in Turkish at a second event that is being organised by the TRNC London Representative Office. The public conference, which is again free, will take place between 19:00 and 21:00 on Wednesday 11 June 2014 on the 1st Floor at the Grand Palace Banqueting Suite, 242 High Road, Wood Green, London N22 8JX. Pre-registration is not required for this event.

Assoc. Prof. Dr. Kudret Özersay is an international relations expert based at the Eastern Mediterranean University. He has extensive experience of the Cyprus negotiations having served under three TRNC Presidents starting with Rauf R. Denktaş in 2002, followed by Mehmet Ali Talat and the incumbent Derviş Eroğlu.

The 40-year old academic left his post as Chief Negotiator in 2012 to focus on his new civil society initiative Toparlanıyoruz (‘We are getting it together’) that aimed to galvanise greater Turkish Cypriot civic action on domestic matters, while also campaigning for greater transparency and accountability of public officials. Regarded as a progressive, Özersay was invited back on to the negotiation team by President Eroğlu at the start of this year. In February the two Cypriot leaders announced their Joint Declaration, paving the way for a new round of talks.