Last Sunday, went to the polls to decide who will represent them at the European Parliament. Six seats are allocated to the entire island. However, as the of Northern is not politically recognised and the EU Acquis communautaire is suspended for people living in the north of the island, only citizens of the (RoC) could exercise their vote in polling booths in the South.

Since the borders opened in April 2003, some 100,000 Turkish Cypriots have taken up their right to become RoC citizens. For many this is primarily about having an EU passport that allows them the right to travel freely across and beyond. Others have also taken advantage of services in the South, including health care and welfare benefits. For a far smaller number, as RoC citizens they are keen to play an active part in pushing for Turkish Cypriot participation in the current Greek-Cypriot dominated RoC Government in line with the 1960 RoC Constitution.

Translators were on hand to support the participation of Turkish speakers. Polling stations were also specifically erected for Turkish Cypriots, with their ballot papers written in both Greek and Turkish. For Greek Cypriot President Nicos Anastasiades, this was about demonstrating his Government’s sincerity in embracing their citizens living in the north. However, for all these efforts, the realities on the ground suggest the odds were always stacked against Turkish Cypriots.

Anger boiled over on Election Day as Turkish Cypriots turned up to vote but were turned away at several polling booths. RoC Interior Minister Sotiris Hasikos told the official CNA news agency that only those with a registered address were allowed to cast a ballot under 's electoral law. However, T-VINE has spoken to two Turkish Cypriots living in the North who had not given their full addresses for their RoC passports – this is simply listed as ‘’ – yet they were still able to cast their votes.

"Basically the [RoC] Ministry was asking us to campaign without knowing which door to knock on and ask the people to turn up blind and see if they were eligible."

Mr Salih shared his concerns in an interview with T-VINE in mid-May – his responses are given in full below. His worst fears were played out a fortnight later during the actual elections. The failure to ensure all eligible Turkish Cypriots could vote on Election Day not only prompted angry scenes, but has also undermined the trust and confidence in the Greek Cypriot authorities of even the most ardent pro-unity Turkish Cypriots.

Several prominent voices, including Sener Levent, editor of Afrika newspaper and an independent candidate in the EU elections, and İzzet İzcan, leader of the Turkish Cypriot United Cyprus Party, have called on the EU authorities to annul the results of the Cypriot ballot and to force a re-run. Levent, who polled nearly 3,000 votes (just over 1 percent), has written to the EU’s Cyprus Representative and European Parliament claiming that voter’s rights had been “unlawfully denied”, as such the election results should be declared “invalid” and that the Greek Cypriot government “must be accountable to the courts” over the election fiasco.

Another candidate Deniz Birinci said: "This is a huge infringement of human rights and of people's democratic and civil rights”

Prior to the elections, all of the TRNC’s major parties, which represent some 95% of the Turkish Cypriot electorate, had called for their boycott claiming such piecemeal action targeting individuals would undermine the political equality of Turkish Cypriots. TRNC Prime Minister Özkan Yorgancıoğlu said he respected the actions of individual candidates, but felt their approach would not ‘protect the inherent communal rights of Turkish Cypriots’. He stressed the optimum way forward was through an early solution, after which Turkish Cypriots could exercise their right to vote en masse for candidates that will best represent them.

His views were echoed by his junior coalition partner Serdar Denktas, who said he was “not taking these EU elections seriously”. TDP leader Cemal Özyiğit argued that the elections would have held more substance if there had been a guarantee that two of the six MEP seats were reserved for Turkish Cypriots, as per the requirements of the 1960 Cyprus Constitution, which guaranteed a third of all representation for Turkish Cypriots. As it stands Özyiği believed, “the results will not be productive.”

Erkin Salih: Why I withdrew as a candidate in the European elections

On 13 May, T-VINE interviewed Erkin Ahmet Salih. Initially we wanted to ask him about why he was standing, but by the time we spoke, Mr Salih had withdrawn from the elections. He was set to pay the €1,000 deposit fee to register on 2nd May, but changed his mind following a series of exchanges with the Greek Cypriot authorities. Below, the foreign language teacher tells us his reasons why, along with his views on the  conflict, his preferred solution and how the Turkish Diaspora needs to get active. 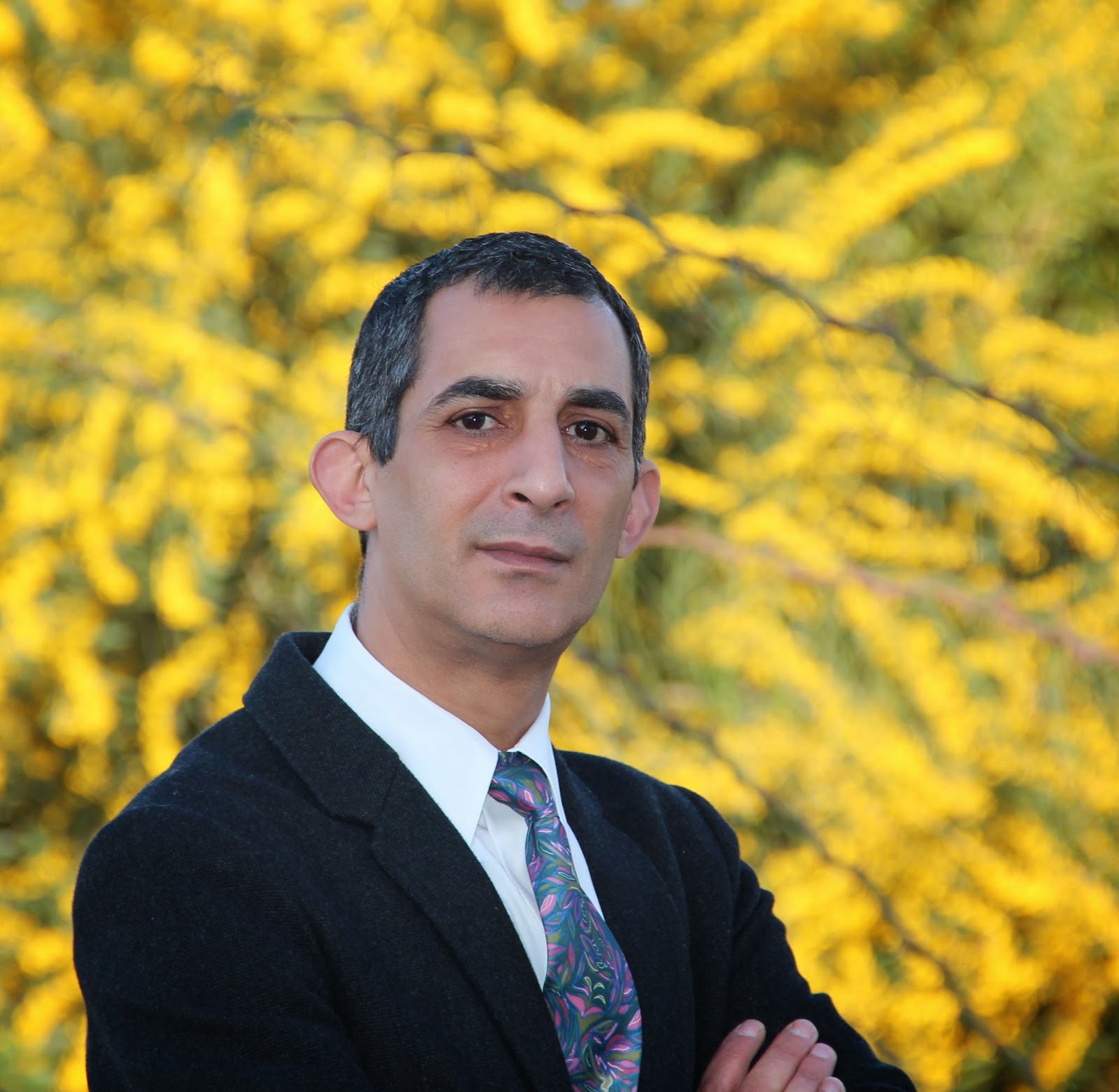 1) Can you give us some background on yourself?

I was born Episkobi, Limassol, in 1965. I now live in where I am an EFL English Language Teacher.

2) Why did you decide to stand in the elections?

When the law was first changed [in March 2014], the initial number of Turkish Cypriots with the right to vote was 97,000. Given these numbers, I felt if at least a third turned out to vote, it would give a Turkish Cypriot candidate a serious chance of winning one of the 6 MEP seats.

3) What did you need to do to be eligible to stand for these elections?

The process was really easy: you need two people to nominate and two people to second the notation. Any person with a is eligible to do this. I had two Turkish Cypriots and two Greek Cypriots.

4) What has been the response on your decision to stand?

Initially the support was good on both sides.

5) You then decided to withdraw your application. Why?

Up to the last minute I was keen to stand. However, I had several issues with the system. For example, the number of [eligible] Turkish Cypriot voters were firstly 97,000. This was then reduced by 28,000 because they [Greek Cypriot authorities] did not have addresses for those Turkish Cypriots living in the North and so had taken them off the electoral register and simply listed them as living in the South, which meant that had to register by 2nd April in order to be able to vote.

Then, 24 hours before [the candidate registration deadline of] 2nd May, the [RoC] Interior Ministry announced that a further 23,000 had been taken off the Turkish Cypriot list as they had applied overseas for their ID cards or Passports and so were ‘unable to vote in Cyprus’. This meant the numbers came down from 97,000 to 69,000 and then to 46,000 – some 50% of Turkish Cypriots were losing their right to vote.

Despite this I continued on my mission to stand in the elections up till the final date of 2nd May. That morning, I once again asked the Interior Ministry to give me assurances that Turkish Cypriots voter lists would be made available to us. The Ministry came out with a statement that due to the information being ‘confidential’, they would not be able to provide us with the list and that Turkish Cypriots would just have to turn up and show their ID/passport and check to see if they are eligible to vote or not.

So basically the Ministry was asking us to campaign without knowing which door to knock on and ask the people to turn up blind and see if they were eligible. After this statement, I announced my withdrawal as a candidate, as this made it impossible to a have a proper chance to win the elections.

6) After withdrawing your candidacy, you started to advise Turkish Cypriots not to vote. Why?

7) Have you discussed your concerns with the other Turkish Cypriot candidates?

Yes with Deniz Birinci and Mustafa Birinci, but they continued with their call on Greek Cypriots to support them.

8) How do you see the outcome of the elections?

Well in a report done by several TV and newspapers in April and May, 2 seats [will go to] DISY, 2 seats to AKEL, 1 seat each for the other [main] parties in the South.

9) What are your views on the conflict?

The actions taken by on 20th July and 16th August 1974 were justified. The biggest problem I see in this was the misunderstanding of the 1960 Agreements by and even to today their misinterpretation of the right to act.

As a Guarantee state, they should have taken over the Government completely and set a date for new elections and review of the 1960 Constitution to address the problems. Once that was done, then could have happily withdrawn the army and returned back to mainland .

10) What solution do you favour?

I favour a 2-state solution as present talks but under a federal system.

11) What are your current levels of interaction with the South?

I live and work in the South. In everyday situations, I do not have problems. Only on 20th July or 15th November, then is a small fear of going near to the checkpoints: as you know that the [RoC]
Government each year allows thousands of students and the [ultra right-wing] party to demonstrate at the border points. As a result, most Turkish Cypriots do not cross over on these dates.

12) How do you feel Turkish Cypriots can best fight for their rights and make their voices heard in and around the world?

With the support of the Turkish and the TRNC Governments, [working with] more groups across the world. For example with millions of Turks living in , the elected Turkish MEPs can be better informed about . In most EU countries, , , and the Greek Cypriots have groups that petition these Governments, but unfortunately Turkish Cypriots have very little support outside of the . I want to know why for example with some 1 million Turkish Cypriot and Turks living in the UK, we have never set a petition to get over 500,000 to take this case to the UK Government. We are not organized at all in this aspect.