Every year many hundreds of British travellers unwittingly catch malaria. In some cases, if the disease is not diagnosed and treated promptly, it can be fatal. A single bite is all it takes to become infected.

Malaria is a parasitic disease. The parasite, known as plasmodium, is transmitted by a female anopheles mosquito biting its host, which allows the parasite to pass into the blood stream. There are many types of plasmodia parasite, but only five are known to cause malaria in humans.

The risk of contracting malaria varies greatly and depends on the area visited. The disease is found in more than 100 countries, including in eastern parts of , although it is most common in tropical regions across Africa, Asia, Central and South America, the Middle East, and on some and Pacific islands.

According to the 2013 World Malaria Report, published by the World Health Organization (WHO), there were 207 million cases of malaria in 2012, which resulted in 627,000 deaths.

Malaria is not found in the , although in 2012 some 1,400 travellers were diagnosed with the disease after returning to from endemic areas. Two people died.

Symptoms of malaria
Symptoms of the disease usually appear 10-15 days after you are bitten. However, depending on the type of parasite you are infected with, it can take up to a year for these to show.

Anti-malaria drugs a must for travellers to endemic areas
Prevention is better than cure and the two best ways to protect yourself from malaria is by using a suitable anti-malaria drug and by avoiding mosquito bites.

In the , some anti-malarial tablets, such as chloroquine and proguanil, can be bought over the counter at your local pharmacy. All others must be prescribed by your doctor. The type, dosage and usage will depend on which endemic area you will be visiting.

Talk to your pharmacist or doctor about where you are travelling and your general wellbeing, so they can determine which medication is best for you. They will also be able to advise on possible side-effects; these may be too strong for certain individuals to tolerate.

Anti-malaria tablets must be taken at least one week before departure, during the stay in the epidemic area and for four weeks after leaving the area, to cover the incubation period of the disease. No medicine is 100% effective, but they will significantly boost your levels of protection.

Protection from mosquito bites
Mosquitoes can bite any time during the day, but they are even more frequent at night, when they most like to feed. Here are some tips to avoid mosquito bites:

·         If you are not sleeping in an air-conditioned room or if the air-conditioning is not effective, you must sleep under an intact mosquito net that has been treated with insecticide.

·         Use insect repellent on your skin and in sleeping environments. Remember to reapply frequently.

·         The most effective repellents contain diethyltoluamide (DEET) and are available in sprays, roll-ons, sticks and creams.

·         Wear light, loose-fitting trousers, rather than shorts, and shirts that have long sleeves. This is particularly important during early evening and at night, as this is the mosquito’s preferred feeding time.

More information about malaria
For more information, visit international malaria charity IAMAT or Fit For Travel – the NHS’s online portal for people travelling abroad, which allows you to look up travel advice for specific destinations as well as details on overseas diseases. 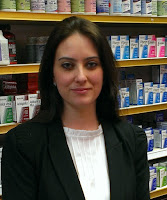 Feriha and her colleagues at Woodside Pharmacies can help you to purchase appropriate anti-malaria tablets and insect repellents for you to enjoy your holiday. For further information about their services, and for local residents their free prescription collection and delivery service, please call in, telephone or email.

About the author: Feriha İbrahim is a fully qualified pharmacist who, together with her family, runs Woodside Pharmacy – both branches are located in Leytonstone, London E11.

OTHER ARTICLES BY THE AUTHOR

Keeping your eczema and psoriasis under control, 21 Feb. 2015