A former chairwoman of one of ’s biggest Turkish schools has been convicted of stealing £1,965. Zehra Suleyman, who headed for six years, was tried at the Inner London Crown Court in July and found guilty of two charges of theft from the school during 2010 and 2011. Another charge was dropped and she was found not guilty of a fourth.

According to local news reports, Suleyman, from Chislehurst and the owner of Zara Hair and Beauty Salon in , was sentenced on Monday 3rd August to six months in prison, suspended for 12 months. The 48-year-old was ordered to pay £180 compensation and £3,500 prosecution costs.

Listed as a charity, the is based at the for Girls in . First established in 1997 and initially managed by the Bexley Türkçe Konuşanlar Derneği (Bexley Association of Turkish Speakers), the school offers weekend classes to students aged between six and 18 years old.

A popular member of the local Turkish community, Zehra Suleyman became the school’s chair in 2007-2008 and remained in the role until 2013. During that time, the school’s pupil intake grew. It currently has 120 students enrolled, making Blackfen (recently renamed the ) one of the largest Turkish schools in .

Each pupil pays £80 per year to attend the school. Together with sponsorship and fundraising, Blackfen’s annual turnover is in excess of £15,000.

Financial discrepancies were first spotted when a new chair, Elmaz Dourmoush, was voted onto the 9-person school committee in 2013. Trying to bring records up-to-date, the new team discovered that Blackfen’s annual accounts had not been posted to The Charity Commission for a number of years.

A local accountancy firm, which does pro bono work for the school, informed the new chair and school trustees that contrary to their best efforts, they had not been able to obtain important details about its expenses. The bank statements had thrown up many unusual items for a school, including cash withdrawals during holiday periods and at locations such as Mecca Bingo Halls. Even with repeated requests, the former chair did not provide any explanations, rendering it impossible for them to complete year-end accounts.

Zehra Suleyman was invited to account for the irregular transactions by the school’s committee, but declined on each occasion. Eventually, the committee took the matter to the police, who uncovered sufficient evidence to merit a prosecution.

One of the charges Suleyman was convicted of related to an account in her name set up with Sun Bingo, where she used school funds to pay for games.

The other guilty verdict related to Suleyman using school funds to pay off a debt company. £1,775 was transferred from the school’s account and when the amount was queried, Suleyman told the committee some form of fraud must have taken place and that she would report the matter to the bank, which she duly did. The full amount was refunded to the school. However, once the police became involved, the fraudulent transfer was traced back to an account in Suleyman’s name.

Shocked by the developments, ’s new committee have implemented a more thorough system of financial reporting to minimise the risk of theft in the future.
A spokesperson for the school told T-VINE that Blackfen’s debit cards have been cancelled and all statements are now sent to both the chair and the treasurer (previously it was just the chair). Every transaction has to be accounted for, with all relevant receipts presented during the committee’s bi-monthly meetings. There are also new strict procedures for handling school cash, with witnesses required to note the amounts taken and signed receipts issued by the Treasurer for all monies taken to be banked in the school's account.

The school representative said: “Following our discovery of the theft, we now operate a far stricter form of financial reporting, which involves a greater number of committee members. This robust system includes checking and cross-checking all income and expenses for the school. We also ensure there is never more than a two-month period for reconciling all transactions, which means we can catch any irregularities far more quickly.”

The representative added, “We are fortunate to have many good people who dedicate a huge amount of time to help the school as volunteers. It’s vital our parents, students and supporters have absolute confidence in the committee and its management of Blackfen’s [] finances. For that, we require absolute transparency and accountability – it’s these qualities that will encourage more people in the community to participate and contribute.”

“We have a history of underreporting suspected
theft in the community”

The misappropriation of funds from is not new to the British Turkish community, although it is a first that someone has been prosecuted. Over the years, suspicions of financial wrong-doing have been raised about many other associations and charitable organisations.

One of the most notorious is the Turkish Youth Association in Haringey, whose successful track record in youth work had resulted in a grant of £320,207, awarded by the National Lottery’s Community Fund in June 1996. The money was never properly accounted for by the directors and the company behind TYA was subsequently liquidated. 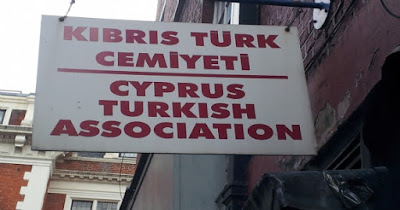 The Kıbrıs Türk Cemiyeti, based in , , has also long been under the shadow of financial irregularities. Dating back to the 1950s, the building was once a key hub for the Turkish Cypriot community. Following the outbreak of the Cyprus Conflict in December 1963, it became the centre for disseminating information about missing persons, overseeing aid action and lobbying.

The association has seemingly not presented any accounts for some 40 years, yet it has income from membership fees, runs a canteen on the third floor and until recently administered rents for the various occupants in the central building. Their long-standing chair stepped down in 2013, and the new committee have refused to respond to the community’s repeated concerns about the lack of financial transparency and terms of the lease at this flagship organisation.

There were also allegations of financial mismanagement at the ’s oldest Turkish newspaper, the now defunct Toplum Postası. Part of the Turkish Cypriot Community Association (TCCA), which is a registered charity, for years Toplum Postası was said to be in serious financial trouble. It was finally wound up in 2010, although those close to the paper allege that significant sums received from advertisers in were never properly accounted for.

“None of us are above the law”

A well-known member of the Turkish community in , who asked not to be named, said, “Sadly we have a history of underreporting and burying our heads in the sand over suspected theft and financial wrong-doing in the [British Turkish] community. We trust too easily and find it awkward to push people we know socially to give a thorough account of monies they are responsible for. That shouldn’t be the case; after all it’s not their money, but the community’s.”

“It’s vital those who see something wrong do not turn away, but report it. None of us are above the law and ultimately by letting a few rotten apples get away with theft undermines the great work the vast majority of good, hard-working volunteers do in the community.”
Posted by Unknown at 13:34