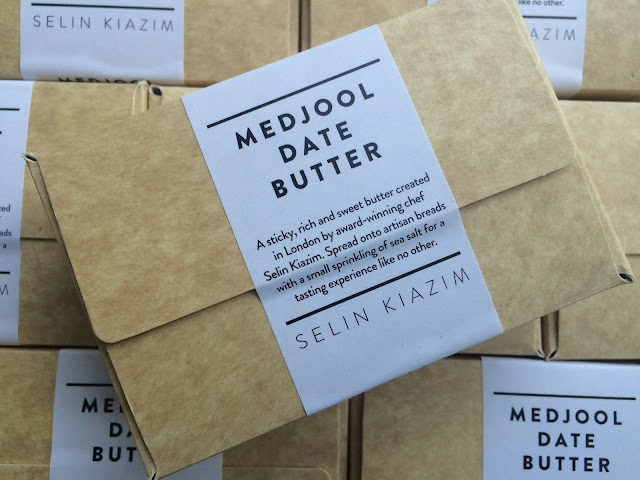 A creamy, new date butter created by a talented young Turkish Cypriot chef is being launched at Selfridges. From today, Selin Kiazim’s luxury Medjool Date Butter will be available for purchase exclusively from the department store’s Food Hall.

The date (or hurma in Turkish) is one of the oldest cultivated fruits in the world, with references dating back to 4,000 BC. The Koran calls it one of the ‘fruits of paradise’ and many Muslims break their daily 30-day Ramazan fast with a date.

Soft, sweet and sticky with a rich, caramel-like flavour, the Medjool variety grows in the and has long been regarded as the ‘king of the dates’. Selin has been using it in her own date butter recipe, served at her pop-up restaurants with diners going wild for it.

After six months of hard work, the award-winning chef has created a take-away variety of her delicious butter, which she advises should be “spread on artisan breads with a light sprinkling of sea salt for a tasting experience like no other”.

Selin will be at the Selfridges Food Hall between midday and 4pm today and tomorrow, 20th and 21st August, to hand out tastings, so do go and say hello if you are in the area.

Widely tipped as “one of ’s hottest up-and-coming chefs”, the 24-year-old is gearing up to opening her new restaurant Oklava in later this year.