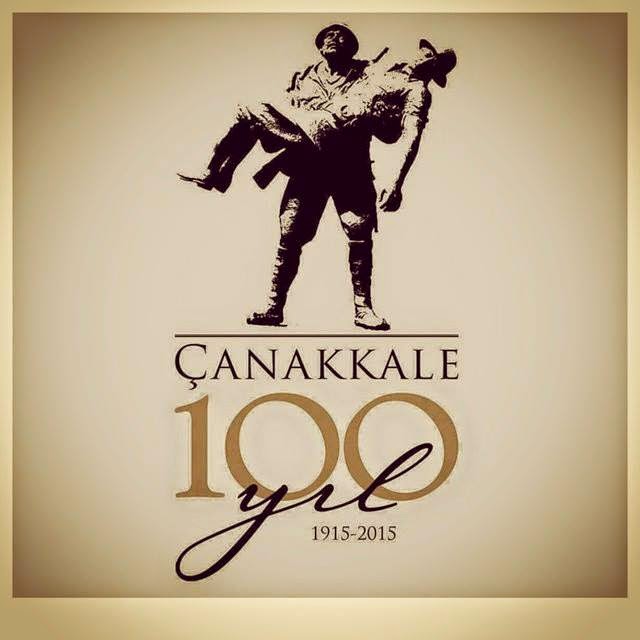 British Turks are hosting a series of events to commemorate the centenary of the Çanakkale War. Yesterday a party of some 200 people, including the Turkish Ambassador Abdurrahman Bilgiç and TRNC London Representative Oya Tuncali, visited the in to offer prayers for the fallen soldiers on the anniversary of the start of the campaign on 18th March 1915.

The Çanakkale War brought the diverse communities of the Ottoman Empire together in a determined bid to repel the half-million strong invading forces that comprised of France and member states of the British Empire, including , , and the . Turks, Arabs, Kurds and many other Turkish Muslim communities fought alongside Turkish Greeks, Armenians, Jews and others in this bitter 9-month campaign that resulted in a famous victory for the Ottomans, but also exacted a heavy toll on both sides with some half-a-million reported casualties.

The visit was organised by the Çanakkale Remembrance Platform (ÇRP) in conjunction with the Turkish Embassy, where prayers were said for the martyrs. In his speech, Ambassador Bilgiç recalled the 26 Turkish sailors who had died in battles fought in 1850-51, along with those sailors who died at Çanakkale during the naval campaign which marked the start of the 1915 War.

“For Turks, the history of 1915 is the defence of their heart, a campaign for survival which lasted until 1923 and screamed at the world that they will never be defeated,” said Ambassador Bilgiç.

Recalling the huge loss of life among the Anzac troops that had travelled thousands of miles to fight, the ambassador said the people of Australia, New Zealand and Turkey had forged a unique friendship and bond by remembering the bravery of all the fallen soldiers during the Çanakkale War.

The ambassador also reminded the youth that this victory was only possible because of “education, discipline and self-confidence.”

On Sunday 22 March, ÇRP and the British Turkish Women’s Association (BTWA) continue the centenary events by hosting a special dinner at the Millennium Hotel in Mayfair, central , which will be addressed by two keynote speakers: Prof. Gökhan Çetinsaya and Prof. Çağrı Erhan.

Prof. Çetinsaya, a former university chancellor and head of YÖK (Board of Higher Education), has researched extensively into the history and politics of the Ottomans, the and the during the 19th and 20th centuries. Prof. Erhan has written extensively about the Ottomans, and , contributing to various international and Turkish research centres and strategy groups.

The evening starts with a reception at 17.30 and dinner commences at 18.30, with keynote addresses in Turkish from 20.30. Tickets for the dinner are priced £50 person and must be purchased in advance of the event – there will be no tickets on sale on the night.