One of the world's most successful educational entrepreneurs will address a select meeting in the House of Lords on December 1st, at the invitation of Lord Sharkey. In an address titled ‘Higher Education in the Life of the TRNC’, Dr Suat Günsel, Founding Chancellor of Near East University, northern Cyprus, will tell prominent academics and politicians about the social and economic benefits generated by the country’s growing university sector, along with the challenges faced by NEU since its launch in 1988 and his plans for the future.

Lord Sharkey, chair of the All-Party Parliamentary Friends of the TRNC Group, gained first-hand insights about NEU when he visited the campus in Lefkoşa last November to give a lecture. Like many, he was surprised by the scale and quality of the university, and how its students continue to compete with the leading higher education facilities in the world. 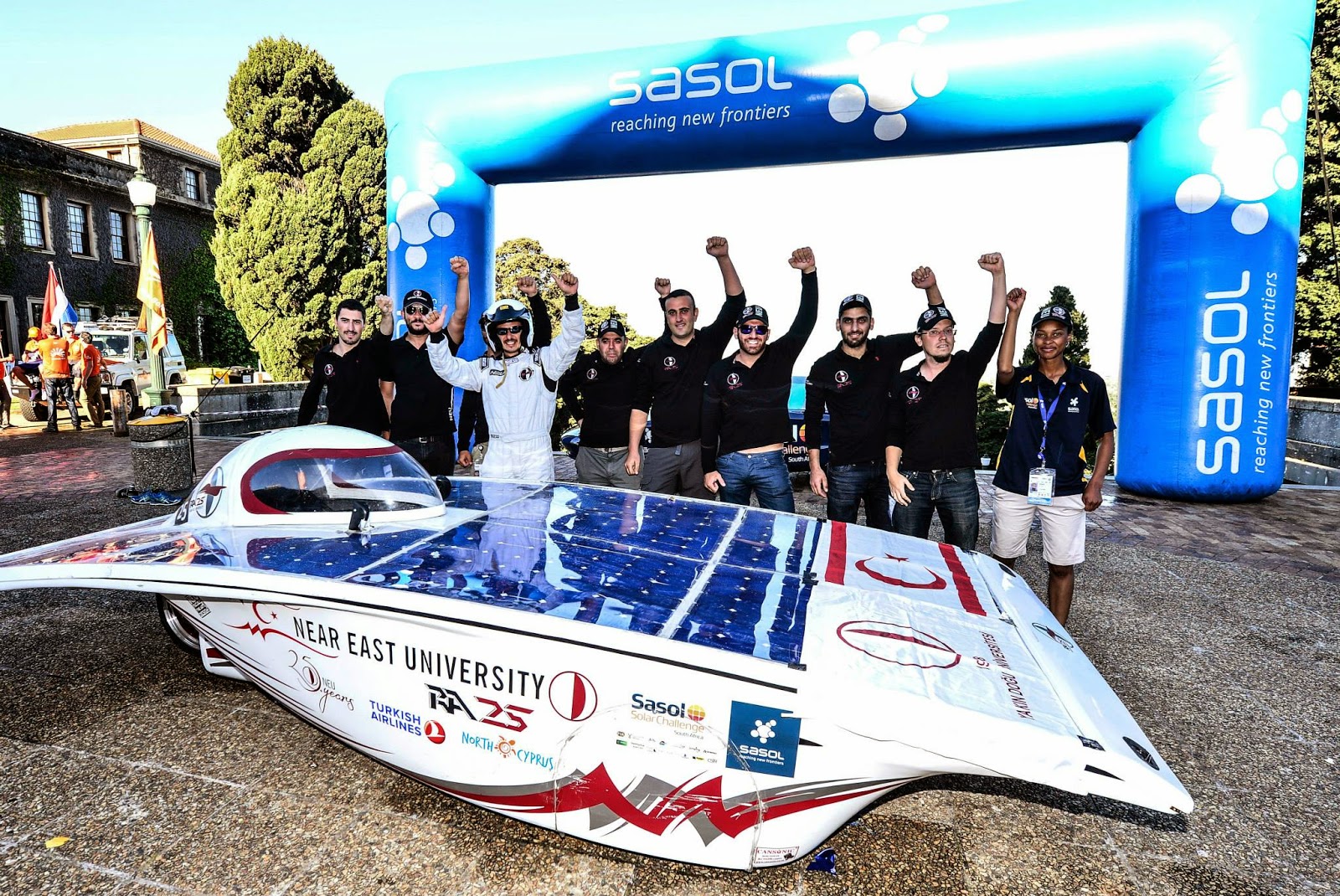 Earlier this year, NEU staff and student engineers designed and built a solar-powered car good enough to take part in 's 2014 SASOL Solar Challenge (pictured right), winning the contest's Adventure section and coming 8th overall against an international field. The university’s Engineering Faculty has also produced a wheelchair capable of responding to the thought-waves of severely disabled patients, while its IT specialists are working with Harvard on developing the next generation of super-computers.

During his visit to , Dr Günsel is expected to extend the NEU's international academic links to the by signing protocols with British universities and higher education providers keen to collaborate with ’ largest university.

NEU has 25,000 students – a 14% increase on 2013 student numbers – and with two thirds originating from 90 countries, the NEU community is one of the most diverse on the island. The university houses 16 Faculties and 105 academic departments, and also boasts superb facilities, many of which are unmatched anywhere else in the island – or in most of its larger and more prosperous neighbours.


Students benefit from 24-hour access to a library consisting of 500,000 printed volumes and over 1.5 million electronic journals, 4 amphitheatres and a 350-seat theatre. NEU also has an Olympic-sized  swimming pool; a 500-tonne vessel used for oceanographic surveys and marine archaeology; a state-of-the-art $150m hospital whose facilities serve 40 separate departments and attract leading surgeons from the region; a computer facility large enough contribute to CERN research programmes and, most recently, a brand-new Veterinary and Animal Welfare Centre costing $25 million.

One of nine universities in , NEU was built by Dr Günsel from scratch, using profits from his property empire and other business interests. It offers affordable higher education, as well as a generous system of bursaries and scholarships to attract the brightest minds from the Eastern Mediterranean, the Middle East, Africa and Central and . It is a full member of the International Association of Universities, and the European University Association. Collectively, NEU and its related services, including the hospital and Near East Bank, are ’ largest private tax payer and employer.


Dr. Suat Günsel is an educational entrepreneur, who was born in 1952 in Beşiktepe, near Paphos, in southern to a family of humble means. His father was a shepherd who was keen for his children to be educated. Günsel graduated in Physics from the in before proceeding to a PhD in Educational Psychology. In 1978, he founded a private school to prepare students for university entrance, which has subsequently grown into one of ’ top private secondary schools. Using his wealth from this and property, in 1988 he established . Today the university is ’ largest, created entirely through his vision and investment. His unique model of sustainability for the university has enabled Near East to become a recognised and respected brand, not just in education but also in banking, medical treatment, energy and more. With diverse revenue streams, has been able to keep student fees affordable and accessible to a broad range of students in the region. He has been given multiple awards for his services to education. He is married with three children.
Posted by Unknown at 07:22