Nalân Burgess and her Rude Boys

A young Turkish Cypriot actress shines in a new comedy for the BBC. Nalân Burgess plays Yaz Yıldız, the cool younger sister of Bolts, one of four Rude Boys.

Described as “an East End version of The InBetweeners”, the comedy pilot for BBC3 homes in on the embarrassing antics of four friends from multi-ethnic backgrounds as they try to fit into the social circles around them that include both ‘bad boys’ and ‘hipsters’.

Directed by Ben Gosling-Fuller and produced by Sam Bryant, Rude Boys stars Jazzie Zonzolo (best known for his leading role in Anuvahood), who plays Jazzie and is also the principal writer of the show. The lines are thick, fast and funny. An exchange between Bolts (Amir El-Masry) and Sajid (Harman Singh) is typical of the banter between the boys:
"Your dad worked in a kebab shop."
"Yeah, cooking for terrorists."

In an interview with NotListening, Nalân said: “I think the originality of Rude Boys gives a true representation of the ethnic mix in . Every one of us in the cast are friends with people from multiple backgrounds, and it's not often you see that on TV.”

Yaz, Bolts and their on-screen father, played by Mem Ferda, represent a British Turkish Cypriot family. Yaz is the object of Jazzie’s affection and a party held in the Yıldız family home does not go to plan, deteriorating rapidly just as papa Yıldız walks in. The Turkish references may not be entirely accurate, but as the upcoming actress told T‑VINE: “It’s brilliant to see Turkish actors doing well, as well as Turkish roles being written.”

Rude Boys received a good reception when it was first released in July, entering the Top 20 Most Popular shows on the BBC iPlayer in its first week. You can watch the 18-minute pilot online as part of the BBC’s Comedy Feeds section until June 2015. The more views and public support, the greater the chance the show could be commissioned by the BBC for a full series.
. 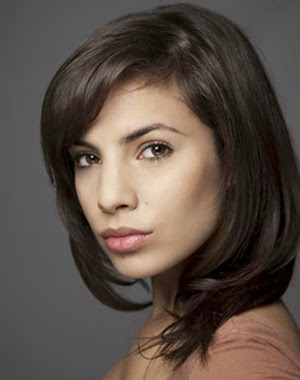 About Nalân Burgess
Nalân comes from a creative background. She was born and raised in by a Turkish Cypriot mother – also an actress who recently appeared BBC’s Casualty and a soon-to-be-released film by Idris Elba – and a music teacher father who is English. Nalân studied English, Drama & Education Studies at , and has been acting professionally since she graduated in 2010.

Now aged 25, she has built up her experience in theatre, both musicals and plays, as well as appearing in various short films and music videos. In the past year, she has appeared in two British feature films: He Who Dares and Essex Boys Retribution. Watch this space! We’re sure Nalân will continue on her path to acting stardom.