On 3rd Oct., a capacity 300 people packed into a theatre to be wowed by this spectacular Turkish dance production. A cast of 42, dressed in stunning costumes, performed exquisitely in a show internationally acclaimed Turkish Cypriot dancer Özgen wrote, choreographs and stars in.

The show bills itself as a ‘community’ event, bringing together performers of differing abilities, from beginners to full-time dance professionals. It's part of Özgen's philosophy to empower women of all ages and abilities through dance. There was ethnic diversity too, with the cast spanning 20 different nationalities.

His latest production Aşk, which enjoyed its world premiere in last year, tells two tales about love. In the first, set in a bustling Romany neighbourhood, a colourfully-dressed cast burst into action with group dances, followed by playful solos, including a Russian Gypsy dance by Saeeda. Two of the Roma men (Özgen and Vivian Gayle), consumed by jealousy, fight over a woman (Rosy Summerbell) who knowingly taunts her admirers. Gayle and Özgen grabbed your attention with their improvised modern ballet dance-off: an exciting mix of Turkish Oriental, Folk, Romany, and urban dance. 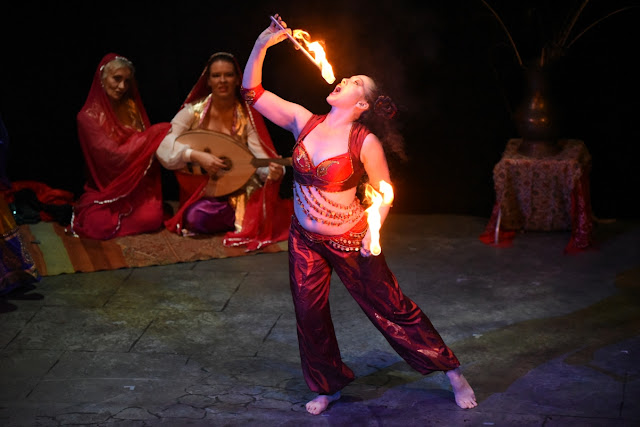 After the interval, the action shifts to the , where couples stroll arm-in-arm beneath coloured umbrellas. In the palace the Sultan (Özgen) is amused by his female entertainers: there’s a dazzling candelabra and sword dance (Melissa Bellydance), beguiling ballet by the court jester (Nuxya Ne), and a fire-eating, fortune-telling juggler (Sorcha Ra).

Following this lively start to the second half, the show switches from 4th to 1st gear. The storyline becomes painfully slow as the Sultan falls in love with one of his pretty courtesans (Mayel), their romance played out through a variety of dance solos.

A tragic twist breathes life back into the performance, the sombre mood captured by women in white performing a death ritual. It’s followed by a whirling dervish who brings hope through her ecstatic rotations fuelled by love. 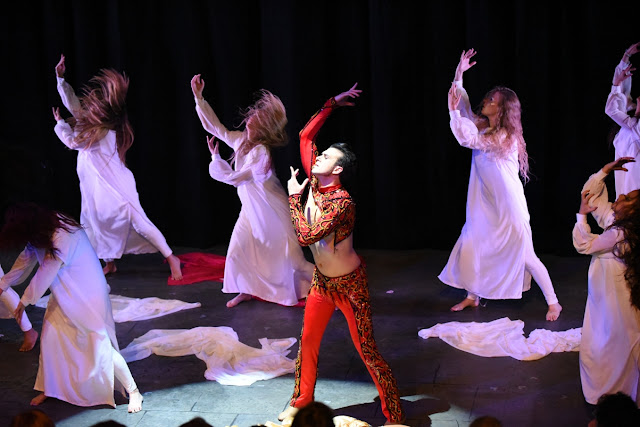 Fifty different Turkish songs feature in the two-hour show, including ones by Zeki Müren and Sezen Aksu, as well as classics such as Cifteteli, Üsküdar and the Sufi-inspired Gel Gör Beni Aşk Neyledi. They serve as the perfect backdrop to the drama, although volume control was an issue during the evening.

Credit to Özgen and Rosy for creating such a magnificent show given the tiny production resources and the amateur dancers involved. It was not without its hitches, but the night exceeded all expectations. Indeed, as a fantastic showcase for Turkish music and dance, Aşk deserves a far bigger platform.

It’s already toured and in 2016 Özgen will take his revamped production, supported by lottery funding from the Arts Council England, to . With the right backing, this show could – and should – move from a community level to a fully commercial production. The potential is all there.