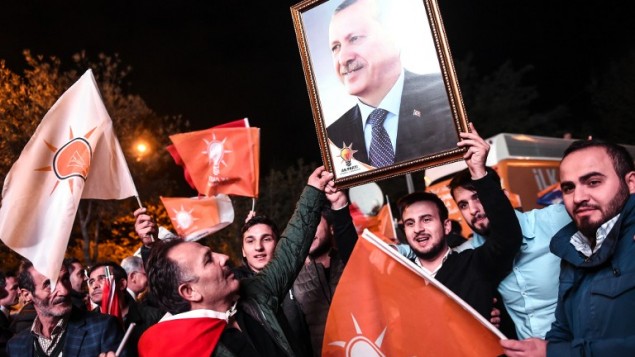 Concerns raised about voting irregularities following AKP’s unexpected landslide victory in last Sunday’s Turkish general elections have been quashed by independent election monitoring group Oy ve Ötesi (Vote and Beyond). A report by the group, issued earlier this week, stated that any discrepancies were minor and had no bearing on the final results, where AKP swept to power with 49.48% of the vote and 317 MPs.

Oy ve Ötesi deployed 60,000 volunteers, many of them supporting opposition parties, across to monitor the elections held on 1st November. In an official statement two days later, the group said:

“When compared with the official results, of the nearly 48 million votes cast across , we found discrepancies with just 10,000 (0.02%). We can say that the level of these discrepancies has no bearing on the final election results, (and) in addition, it is lower than the discrepancies we found in the 7 June 2015 general election.”

The group released a report on their website detailing the findings posted by their election monitors. Between them they had filed 195,606 minutes about the elections, having observed the proceedings at 139,725 ballot boxes. These observations were then cross-checked with official results and any objections made by the various political parties.

60,000 observed 80% of ballot boxes in
Formally established in April 2014, Oy ve Ötesi is an independent, civilian-led election monitoring body staffed entirely by volunteers. Every volunteer is trained in Turkish electoral law and due processes to ensure they can exercise their constitutional rights to observe ’s elections. 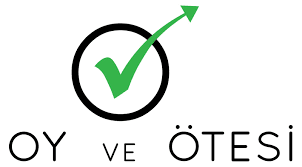 This is the fifth time the group has been in action, expanding rapidly from their initial Istanbul-only turnout during the 2014 Local Elections to become a nation-wide body.

For the November general election, an army of volunteers kept watch at 80% of all ballot boxes used in . They cross-checked official results to ensure the number of votes cast tallied with the electoral roll and the subsequent count at polling stations were recorded correctly.

The percentage of votes and the number of MPs the main parties received in last Sunday’s election, and in brackets the numbers from June’s election, are as follows:

The snap elections, called by President Erdoğan five months after the 7 June elections, followed the failure of the parties to form a coalition government. Among the terms the opposition parties had put forward to AKP (Justice and Development Party) was for President Erdoğan to operate strictly within his constitutional powers and remain a symbolic head. They also wanted the investigation into alleged corruption by leading members of the AKP to be resumed and where necessary, charges be brought.

Erdoğan was keen for AKP to be restored as a single party government and encouraged his party colleagues to again try their luck at the polls instead of forming an unwanted alliance with the smaller opposition parties.

Many predicted another hung Parliament, especially given the recent turmoil in . The peace process with ’s Kurdish population had been suspended, resulting in the resumption of violence by the terrorist group PKK. In addition, Turkish members of ISIL had bombed a peace rally in and civilian activists in Suruç. Between them, the PKK and ISIL’s terror attacks had resulted in over 400 people losing their lives. The uncertainty over the government had hit the country’s economy too, with the lira’s value plummeting in recent months.

There were other controversies too. Journalists and media outlets opposing AKP rule in continue to come under immense pressure. In the run-up to the election, Hürriyet newspaper’s headquarters was attacked by a 200-strong mob of AKP supporters, let by AKP MP and Youth Wing leader Abdurrahim Boynukalın. Soon after, Hürriyet's columnist Ahmet Hakan was badly beaten outside his home.

Nokta Magazine’s offices have been raided and copies of the magazine,  deemed to ‘insult the President’, confiscated.

Just days before the election, a media group owned by Gülen Movement sympathiser Akın İpek, of Koza İpek Holding, was raided and its editorial board sacked. Both its TV station Kanaltürk and its daily newspaper Bugün were highly critical of AKP. A court, citing terror laws, appointed a new board of trustees all loyal to the AKP, resulting in an immediate, 180 degree change in its editorial slant on AKP.

Single party rule, but opposition needed for constitutional change
AKP’s landslide victory took even the AKP by surprise. The best they had hoped for was a few percent higher than June and to scrape over the single-party government threshold. On learning of the results, the AKP leader and acting Prime Minister Ahmet Davutoğlu tweeted: “Elhamdulillah” (hallelujah, thank God).

By securing more than 49 per cent of the vote, they now have 317 seats in the 550-member Turkish Parliament. They are just 13 MPs short of unilaterally being able to call for a referendum and 50 short of implementing changes to ’s constitution.

How British Turks voted
A little under 3 million Turkish citizens in 54 territories outside of , including , , , and , cast their vote in the 25th general election in the republic’s history.

While the AKP came first in 25 countries, they trailed in the , coming third to the HDP, who secured 54.47% of British votes, and CHP, who received 21.43%. 37% of a possible 86,655 registered voters cast their vote, with the vast majority doing so in . An additional polling station was opened in .