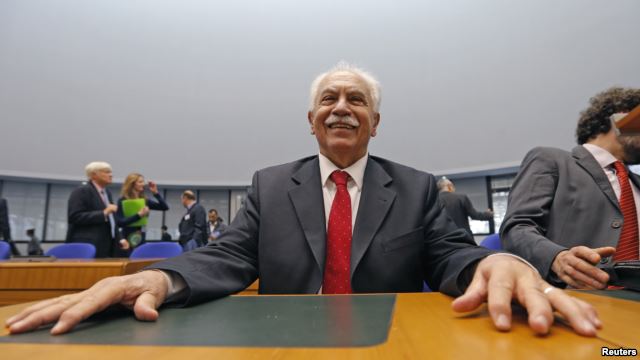 The Court ruled that Doğu Perinçek was within his rights to reject the description of the mass killings of Armenians in the a century ago as ‘genocide’, as it was not tantamount to inciting racial hatred. However, the court refused to be drawn on how the massacres should be described.

Why Switzerland convicted Doğu Perinçek
The leader of the Turkish Workers Party had found himself in the dock in in 2005 for stating that the "Armenian genocide is a great international lie." The Swiss Armenian Association filed a criminal complaint against Perinçek, claiming his comments contravened Swiss anti-racism laws and incited hatred, which Perincek vigorously denied.

The veteran politician does not deny the massive suffering and loss of Armenian life during 1915-1918. However, he claims the circumstances did not amount to genocide.

His defence was not accepted by the Swiss courts. In 2007, they convicted Perinçek, asserting "his motives were of a racist tendency" and ordered him to pay a fine.

Perinçek refused and after exhausting the appeals process in , he took his case to the ECHR claiming his right to freedom of speech had been infringed. In 2013, the European court found in his favour and overturned the Swiss court’s verdict.

This decision was appealed by the Swiss authorities. Both and also became parties to the case, aware of the legal implications the ECHR’s final ruling would have on the issue. was represented by barristers Amal Clooney and Geoffrey Robertson QC from ’s Doughty Street Chambers, the former ensuring widespread international media coverage of the case.

Why refutes ’s genocide claims
has repeatedly resisted efforts for the deaths and forced deportations of hundreds of thousands of Armenians during World War I to be classed as ‘genocide’. They view Armenia’s claims of 1.5 million killed to be grossly inflated, stating the archives show less than half this number were killed.

The deaths occurred during an horrific four-year war, where invading powers were trying to carve up the rump of the . They had promised Armenians their own homeland if they revolted against Turkish rule. It was in this context, argues, that many innocent Armenians perished, alongside hundreds of thousands of Turks.

and its Diaspora argue the deaths were planned and systematic, and so amount to a genocide. Many historians disagree and there has been no conclusive legal position on the issue. However, that has not stopped Armenians from constantly lobbying world leaders to recognise the killings as genocide, with some two dozen states formally doing so.

The ECHR’s ruling
On 15 October, the ECHR’s 17-judge Grand Chamber laid down its judgement in the case of Perinçek v. . The Chamber is the ECHR’s highest court: its decisions are final and binding on all members of the Council of Europe.

In a majority 10-7 ruling, the Grand Chamber upheld the ECHR’s earlier decision that Perinçek's remarks "did not amount to advocacy of hatred or intolerance".

The judges noted that the Swiss courts appeared to have "censured [Perinçek] for having simply expressed an opinion divergent from those held in ", and that Perinçek's conviction had been "unnecessary" to protect the rights of the Armenian community.

The ECHR said it did not have the authority to rule on whether the Armenian killings amounted to genocide or not. It argued such matters were for the international criminal courts to decide.

The Court added that "the dignity" of the victims of the Ottoman massacres and the "dignity and identity of modern-day Armenians" is protected by the European Convention on Human Rights.

Rauf Denktaş backed Perinçek
Following the verdict, the Swiss authorities said they would review the ruling carefully to determine what changes were needed to their penal code.

Doğu Perinçek hailed the decision as a “monumental victory” and acknowledged the role of the late TRNC President Rauf Denktaş, who had backed his campaign against Swiss censorship. The late Turkish Cypriot leader, a lawyer by profession, had joined Perinçek in in 2005, where he publicly refused to kow-tow to ’s new genocide denial laws, telling Perinçek to stand firm as he would eventually be victorious.

While some Armenians have slammed the decision, others have pointed to the seven dissenting judges who viewed the Armenian case more favourably, and that the ruling could be interpreted in favour of genocide recognition.

Amal Clooney takes on Doğu Perincek over Armenian killings and freedom of expression, 29 Jan 2015,
Posted by Unknown at 00:49