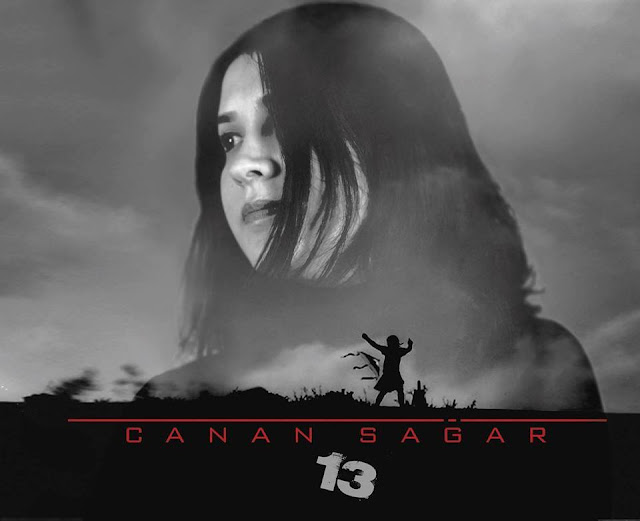 Her debut release ‘13’ is an assured, yet intense album, dealing with assorted issues, from child abuse to loneliness. Tight Turkish Folk-Rock arrangements tread familiar ground. What carries the album are Canan’s poignant, self-penned lyrics and powerful vocals, moving effortlessly from tender ballads to fiery missives, making each of her 13 tracks compelling listening.

2.       Tell us about your family
I come from a working class family. My grandparents migrated from their villages to in the late 1960s. My parents married there and came to in 1975 but they always missed ‘home’. They moved back a few times, but due to the political and economical climate in , they decided to raise my brother and me in the . I am married and have no children at the moment. I live with two cats that I adore.

3.       You sing, write & play the guitar. Anything else?
Well, I can also play a bit of saz (a traditional Turkish stringed instrument) and sing traditional songs. However, I keep this to myself and just perform at home with close friends and family.

4.       How did you get into music?
When I was in primary school I loved music and wanted to learn to play the piano. My parents were very supportive, but the piano teacher we found returned to his country and that was the end of that. In 1993, while I was at secondary school my father bought me a saz and hired a private teacher. I took lessons and started to perform in concerts organised by the Alevi Cultural Centre and Cemevi (Alevi house of worship). My journey started with traditional folk music, but developed as I learned to play the guitar and write modern songs. 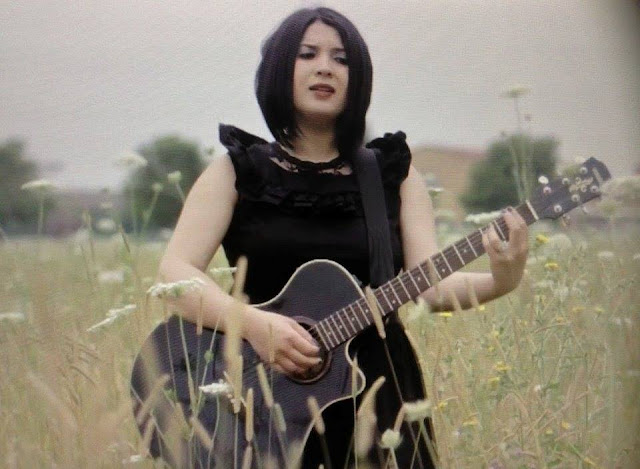 5.       Tell us about your debut album 13
It’s a mixture of Pop, Rock, Folk and Jazz. Each song has its own style, which my music director Murat Corak helped to develop. He encouraged the use of different instruments in the arrangements, which we mainly recorded in Marsandiz (a major studio) in .

I write my own songs and most on the album were written ten years ago during a very difficult period in my life, when I would question everything around me and in the world. 13 is a very special song because it relates to child sexual abuse. I want to raise awareness as it is a growing problem in our male-dominated society. Kanatsız Gökyüzünde (Anne) is one of the very first songs I wrote. Society has huge expectations of children as they grow up, so you can end up severely depressed. Even if you express your views freely, you can end up feeling really lonely, so the child hankers for its mother, the only person it has a strong bond with.

6.       ‘13’ is regarded as unlucky, so how did it come to be your album’s name?
It was very difficult to decide on the album name. 13 is the most important song as it covers a major global issue. Society may class ‘13’ as unlucky and there is sadness in the song, but the chorus tries to give hope too. Child abuse happens everywhere in the world. The majority of the victims are girls and different societies deal with the issue in different ways. This album is my way of saying ‘STOP’!

7.       Who are your musical influences and idols?
I grew up listening to Cem Karaca and loved his songs. They resembled real life stories about the lives of ordinary people. Traditional songs by the ozans (poets) of , such as Aşık Veysel, Mahsuni Şerif and Pir Sultan Abdal, also influenced me. Their lyrics embraced the problems facing societies and they paid a price for doing this.

8.       Do you listen to British artists?
Although I’m in the , I feel closer to the culture of my roots. I don’t watch television and don’t really know about the current music scene. I listened to a lot of Pink Floyd, Led Zeppelin, Nirvana, Beatles, and Elvis Priestley, and I still enjoy their music the most.

9.       You work for an accountancy firm – what does your boss make of your budding music career?
I’ve been a senior administrator at Accounting Direct Plus for the past six years. My boss Enver Kannur is very supportive. He has listened to my performances and came to my album launch.
10.       You write for a socialist satirical magazine in called RED. Why does this ideology appeal to you?
I have researched and written extensively about the struggle and the division of people; the 1% that live in their rich bubble and the 99% that struggle to eat, take shelter and survive. This inequality is foreseen and must be spoken about far more to raise awareness about the oppressed. We live in a capitalist city and although I try to avoid many of the situations that it pulls us into, there are a lot of things that I still can’t escape from. Writing for RED was an amazing experience for me to learn more about the sorrows of the poor, inspiring me as a singer/songwriter who tells the bitter pains of societies.

13 is out now, available online and from select stores – contact Canan for more details:  Facebook.com/CananSagarOfficial