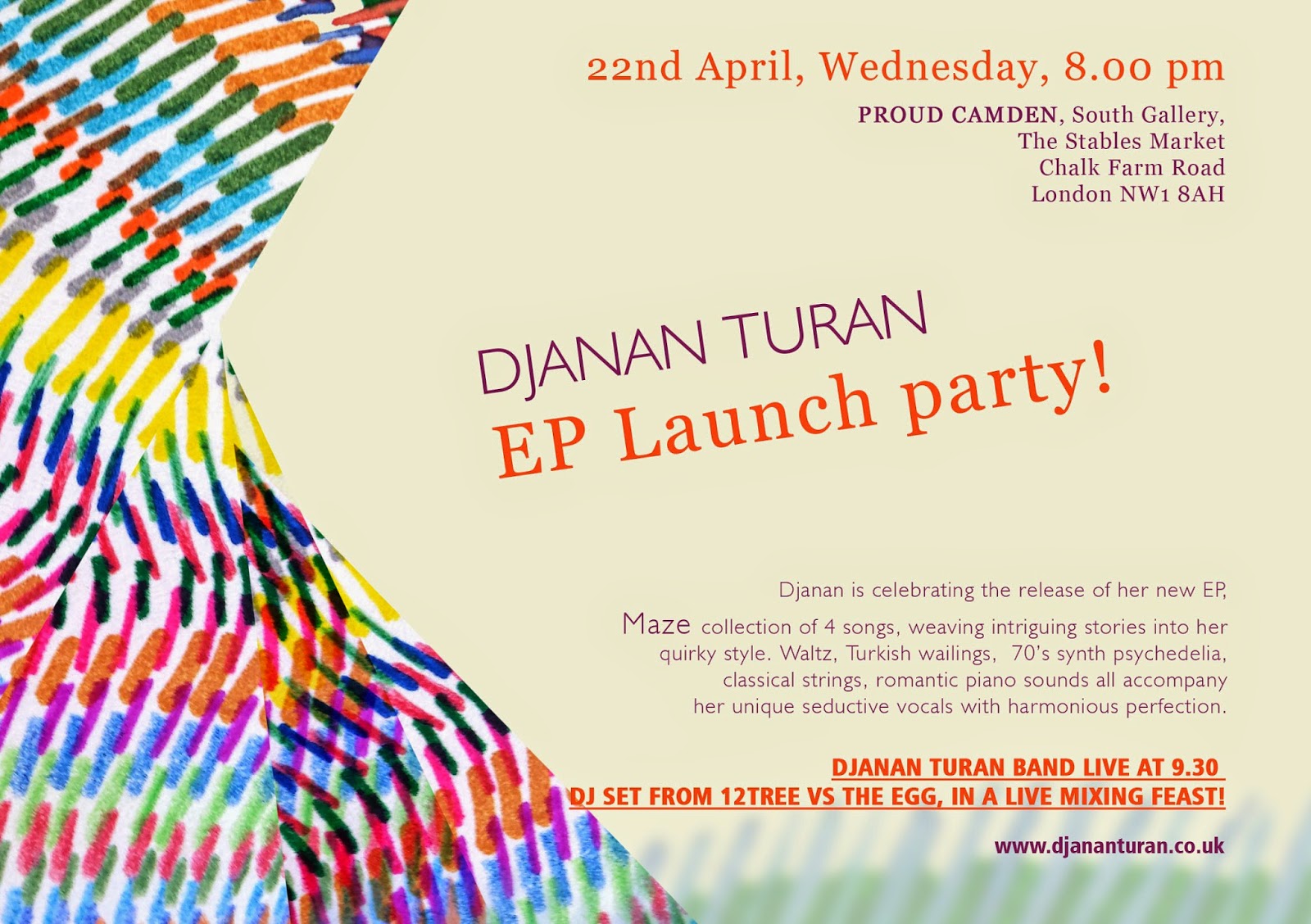 Singer-songwriter Djanan Turan takes to the stage at the Proud Gallery tonight to perform tracks from her eagerly awaited new EP Maze. The launch event is a treat for her fans who helped finance the EP raising over £4,000 via Kickstarter in December.

Since then Djanan has been working with Raz Olsher, producer of Sam and The Womp’s number one hit BOM BOM, at Fossil Studios in to produce the new material. Three of the 4-track EP includes several songs Djanan penned: Maze, Drive and Brother. The final track, Feels Right, was co-written with acclaimed underground electronic music band The Egg.

A fusion of folk and psychedelic influences, Maze is a colourful musical journey where Djanan weaves intriguing stories in her own quirky style. The Waltz, Turkish wailings, 70’s synth psychedelia, classical strings, and romantic piano sounds all accompany her unique seductive vocals with harmonious perfection.

She will be performing live tonight with her excellent five-piece band, each a seasoned and highly respected musician:
Warming up the crowd will be the talented singer and multi-instrumentalist Leonie Evans performing a solo set. Concluding the night will be a DJ set from The Egg.