The Local Elections earlier this year marked a major increase in political activity from the British Turkish community, which includes those of Turkish Cypriot and Turkish Kurdish origin. A record number were elected to office in May 2014: 32 councillors in total – nearly double the 17 councillors that were elected in 2010. A further 51 candidates from the community stood for election, but were not successful. 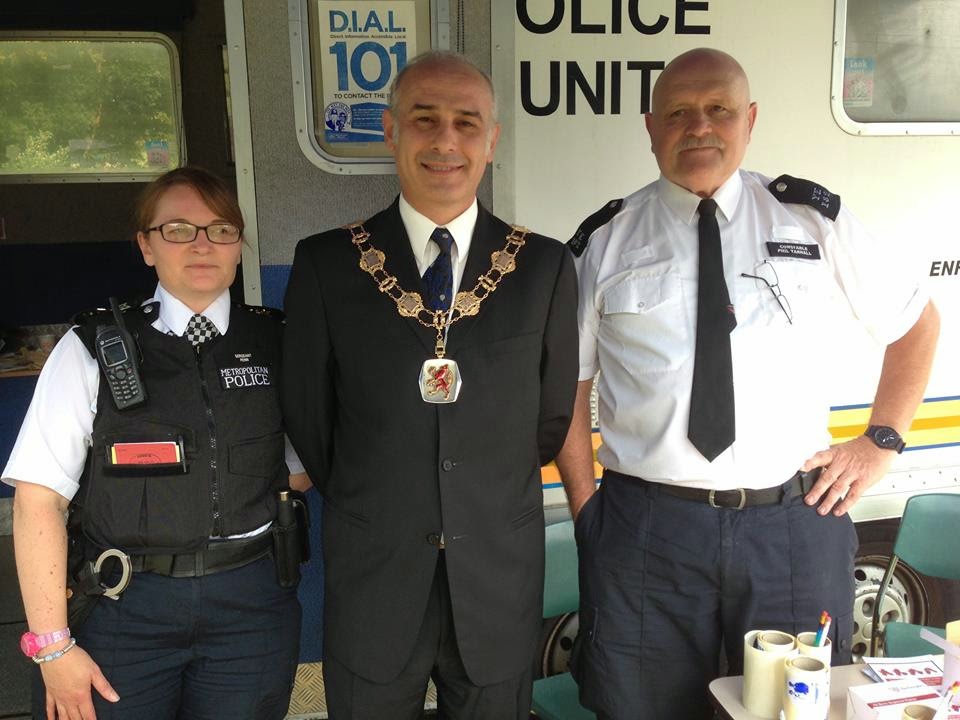 The huge electoral success in the London Borough of Enfield means a quarter of all available seats on the council (63 in total) are held by British Turks. In addition, Labour councillor Ali Bakır (pictured), originally from , is currently serving as the borough’s Mayor.

Labour remains the most popular and successful party for the community: of their 33 candidates in the May elections, 25 of them – 75% in total – emerged as winners. The Conservative Party fielded 28 British Turkish candidates, of which 7 were elected – a 25% success rate. The Liberal Democrats put forward 12 candidates of Turkish origin, the Greens 2 and the Trade Unionist and Socialist Coalition (TUSC) 8 without any electoral successes.

Although there is a significant Turkish community in , very few have taken up public office. Bucking the trend is Ahmet Dourmoush, elected for the first time in May to serve as a Tory councillor in Bexley. T-VINE caught up with him a few weeks ago to find out more about his entry into political life.

How old are you, where were you born and raised?
I am 53-years-old and was born in . I left the when I was 2-months-old and was raised in until I was 10, when my parents decided to return to for economic reasons.

What about family life?
I am happily married to Elmaz Dourmoush and we have two daughters. One is a barrister and the other is at university studying psychology.

What is your current profession?
I am a self-employed businessman. I work as the Operations Director for the Eden Valley Group.

When and why did you jump into politics?
I have always been involved in politics, although previously this was more as an observer. My active participation started in 2005, when I became the Vice Chairman and Treasurer of the Old Bexley & Sidcup Conservative Association.

I am sceptical of our Turkish Cypriot community's activities in the political arena. Now I am a councillor, I would like to help and encourage, and possibly mentor, younger members of our community to become active members in whichever party they choose, so that hopefully we can see young dynamic MPs of Turkish Cypriot origin in the very near future.
Why did you join the Conservatives?
The Conservative Party’s ideals sit far better with the Turkish community: we also place great importance on enterprise, family values, law and order, and non-interference / limited control by the state so you can able help yourself and your family more directly. I believe that these Conservative principles are far more in line with our morals and virtues of life than any other party in the .

Who are your political bedfellows in Bexley?
There are a total of 45 Conservative councillors, 15 Labour and 3 UKIP. I represent Longlands Ward on Bexley council. There is another Tory councillor of Turkish Cypriot origin – Cafer Münür, who represents the ward.

Describe your work as a councillor to date.
My main priority initially was to learn the infrastructure and [operating] mechanics of the council. The bulk of my time as councillor is spent dealing with standard requests from my constituents regarding their planning application and objections, licensing issues, [concerns over] antisocial behaviour, policing forums, and Strategy 2018, so we can plan ahead and ensure the effective management of the council’s funds and services until the next elections. I am also the chair of a sub-group currently assigned to the retendering of a massive ICT contract.

With record numbers of British Turks taking up office in local government, are you hopeful we will get our first MP in the near future?
Absolutely! I shall certainly be looking to move on into national politics at some stage in the near future and this should be the goal for a lot of our councillors. It is one of the reasons why I initially got involved in local politics. It’s important that the next wave of our young politicians are nurtured and encouraged now.

What’s holding us back?
There should be nothing holding us back. In previous years, I believe it was our attitudes and a lack of knowledge and understanding of the political system in . Second and third generations from the community should be helped and encouraged in all ways to move into politics: running your own business and being a politician can work.