The ’s highest ranking politician of Turkish origin has received death threats following her comments on social media about the Israeli assault on Palestinians. On Saturday, Baroness Meral Hussein-Ece OBE was threatened with beheading by a poster on Twitter.

The Liberal Democrat peer has been highly vocal in highlighting the plight of innocent Palestinians, while condemning ’s actions since the conflict broke out three weeks ago. Palestinian officials say 1,115 Palestinians, most of them civilians, have been killed in the fighting since 8 July while has lost 53 soldiers and three civilians - two Israelis and a Thai worker.

The poster, who goes under the name of John Lilburne, told the Baroness to “f**k of back to [sic]” before tweeting: “How about I come to House of Lords and behead you and put your head on a stick”.

The matter is being investigated by the police. 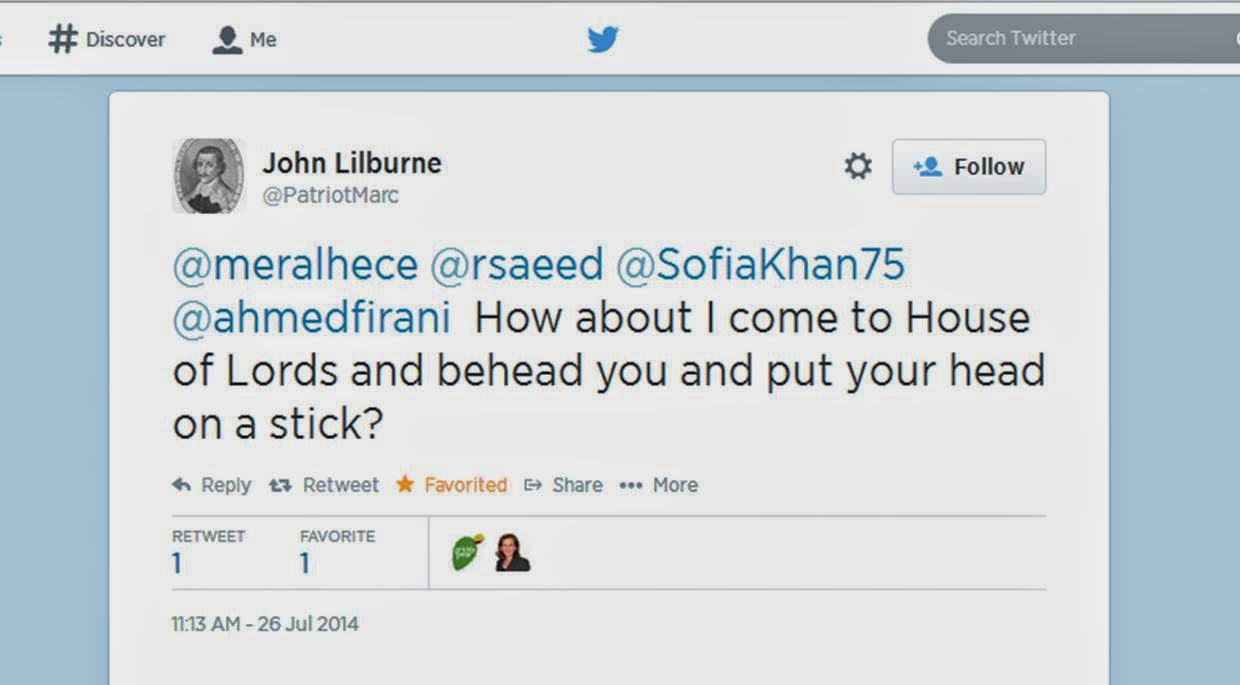