But do women really need to be seen in a staged protest demanding more ‘Women Rights’ or ‘Girl Power’, when the real aim of the fashion house, clearly visible in the background, is to sell even more bags and clothes? Indeed a contradiction.

The fashion industry is there to make money. It does so the world over with substantial success that runs into billions of pounds each year. That is the truth. If someone tries to bend this truth for the sake of short-term gain to create a good image at a fashion show, this diversion will not divert from the reality that fashion labels are just doing what it takes to stand out as they compete with each other.

Yes, women do wear nice clothes and go to demonstrations carrying their bags. But the cause for their protest is not how women are dressed or which bag they are carrying. On the contrary, it is to highlight their support and concern for issues they truly care about, completely in contrast with Karl Lagerfeld and his staged protest on a catwalk that is designed only to sell more Chanel bags and clothes.

Slogans such as ‘Ladies First’, ‘History Is Her Story’, ‘Women’s Rights Are More than Alright’, ‘We Can Match the Machos’, ‘Be Different’, ‘Make Fashion Not War’, ‘Feminism Not Masochism’, are meant to capture maximum media attention. Yet how much do the supermodels carrying a banner with the message ‘History is Her Story’ actually know about feminism and the history of feminism? And how many of them know that being size zero – very skinny – is not actually what women really aspire to, but is the warped idea of the fashion industry, for which they are the ambassadors?

Their work in the sector contributes to glamorising this skinny look, even when it is common knowledge it leads to serious health issues such as eating disorders that are highly evident among their profession, as well as in wider society. Yet these very models carry fake protest banners with feminist quotes are part of an industry that dares to suggest fashion shows like theirs can inspire women and increase their self-esteem!

Professionals in the health sector, such as Steve Bloomfield, the spokesman for the Eating Disorders Association, are clear about their concerns: "We do think legislation is needed. This is about protecting the young women and men who work in the fashion industry, as well as those who are at risk of an eating disorder and can be influenced by the pictures that they see”.

I don’t think a gender equality campaign labelled ‘HeForShe’, instigated by a fake street protest will – or even should! – mobilise women and girls to demand more equality. Nor will the misguided UN ambassador and actress-turned-fashion-icon Emma Watson achieve much with the launch of the campaign of the same name if she glosses over the complexities that govern gender inequality.

I wonder how far these fashion houses will go in trying to hijack real human rights issues, like freedom or women rights, in order to generate even more profits for their businesses?

Would they perhaps stage a fake war – their way of trying to show how bad war is – while at the same time trying to advertise their brand in order to make more money and sell more of their bags and fashion clothes?

There’s no disputing that most women love owning and carrying a nice handbag. But surely women do not like being used, their struggles hijacked by an industry that portrays and projects their twisted version of the emancipation of women, while their main aim is to make money.

Fashion catwalks can inspire trends but they are rarely the ideal platform to raise serious issues. A protest rally is for participants to show their solidarity with a cause, or their outrage with social or political developments. These should not be trivialised by fashion shows such as Lagerfeld’s exploitative catwalk, which does little to illuminate or educate about the importance of such issues. 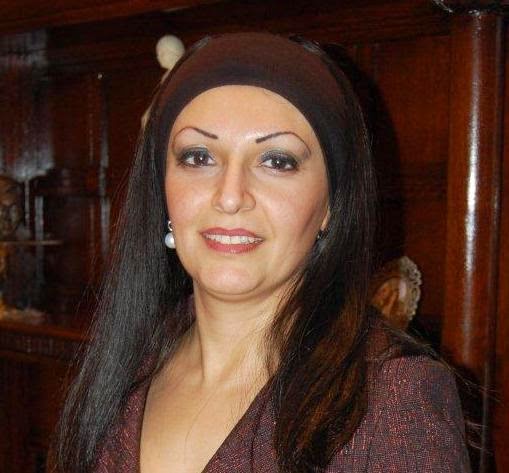 Semra Eren-Nijhar is an author, sociologist, documentary film maker and policy consultant on diversity, migration, Turkish people living in Europe and the Executive Director of SUNCUT.

Other articles by Semra Eren-Nijhar:

FOCUS: Floating bodies of refugees in the , 8 September 2014

FOCUS: Is Dr Oetker really sincere about facing up to its Nazi past? 18 January 2014